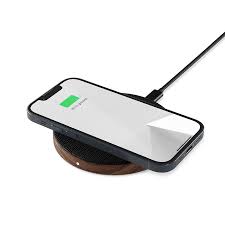 Modern smartphones use electromagnetic induction to deliver electric energy wirelessly from the charger to the device being charged. This occurs when a magnetic field generates electrical power in a control loop that interacts with the magnetic field.

A continuously fluctuating magnetic field reacts with the copper coil inside the smartphone when you place it on a wireless charger, creating an electric current. The battery is subsequently charged using the generated electric current.

This is why you’ll realize that when you first acquire a phone, it may run longer on a full charge than it can a year later, where you might need to charge it more frequently.

So, wireless charging won’t harm your battery any more than other methods of charging.