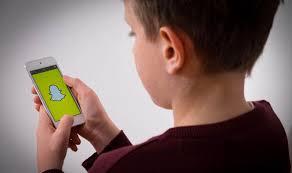 Parents are concerned about their children’s use of social media. What app should they introduce to their kids first? It’s likely that if your kid has a phone, they want to be on Twitter, Facebook, Instagram, or Snapchat.

And if you were to choose between Snapchat and another app, Snapchat is strongly advised.

Why should I let my kid get Snapchat?

The key idea here is that you don’t have a “public” profile that others may view and “creep on” to learn more about you. On Snapchat, you may communicate one-on-one with your pals by sending them photos, videos, and chat messages. The recipients of a Snapchat chat will often only have access to it for a brief period before it expires.

Kids are also safe from popularity contests on Snapchat thanks to its one-to-one messaging, unlike Instagram where so many users seem frantic for likes and comments on the photos and videos they share.

However, this does not guarantee that horrible things can’t happen on the app; they can happen, and the fact is that technology isn’t the issue in most cases.

Instead, it’s the choices made by some people who are using the technology. I thus hope that this explanation of why Snapchat is the best social media choice for an adolescent will be useful.